I’ve always been interested in career services. Those of us who have enough life mileage 😉 may have visited a career service in high school or university to do a range of aptitude tests, and be matched with an ideal career (mine was ‘lawyer’ – not sure what this says about me??). Others will have visited the career service to talk with a counsellor about changing courses, or how to find a job after they graduate.

The work of the university career practitioner has become increasingly complicated and demanding over the last few years. Not only have careers themselves become more complex and mutable, but the career service’s client base and range of activity has become far more diverse. For instance, I’ve noticed that it is now very common for career staff to be engaged in a massive laundry list of activities at the university, covering: curriculum and learning resource design and teaching; industry brokerage and partner relationship development; staff professional learning; institutional marketing and promotions; and creation of institutional policy and strategy, in addition to ‘traditional’ career counselling activities. Another disruptor is digital technology and social media. The use of digital tools means that the reach of the career service can be far greater than before, but their use is also associated with a range of interesting challenges.

The structural positioning and overall focus of many career services has changed as well. With the rise of the graduate employability agenda and a sector-wide focus on preparing learners for careers (or at least initial career outcomes) (Jackson & Bridgstock, 2018), some career services are suddenly finding themselves in the institutional spotlight, taking on significant responsibility for the university’s approach in this area. Others are capitalising upon burgeoning leadership interest in work integrated learning and employability skills to foreground the possibilities offered by an integrated institutional approach to career development learning. However, in other universities career services continue ‘out in the cold’ as “stand-alone entities, often organisationally aligned with student support services or marketing departments” (McKenzie & Howell, 2005), and are not (yet?) part of university-level conversations about learning and teaching.

In my keynote address at the Career Development Association of Australasia conference coming up in Hobart in May, I’m going to explore how career services and individual practitioners are responding to the disruptive changes to career development practice I’ve outlined above. I’ll talk about how they’re surmounting challenges, and reinventing themselves and their work to continue to best support the career development of learners.

I invite you to join me in discussion on these topics at the conference. I am very aware that delegates will have relevant lived experience in their own contexts and practices, and I’m keen to take the opportunity to learn from you, as well as sharing what I have discovered so far. If the technology is amenable, I’ll lead a structured conversation about your experiences of the disruptors, the approaches you are taking to navigating these, and the ways that we can work together to assure the future capability of career development practice in educational institutions. 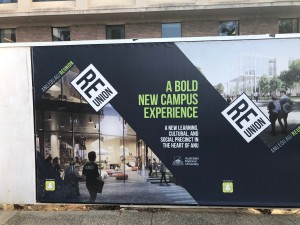 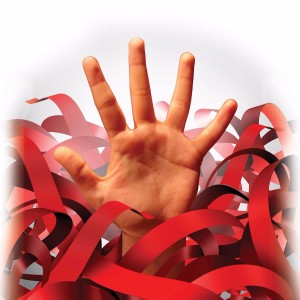